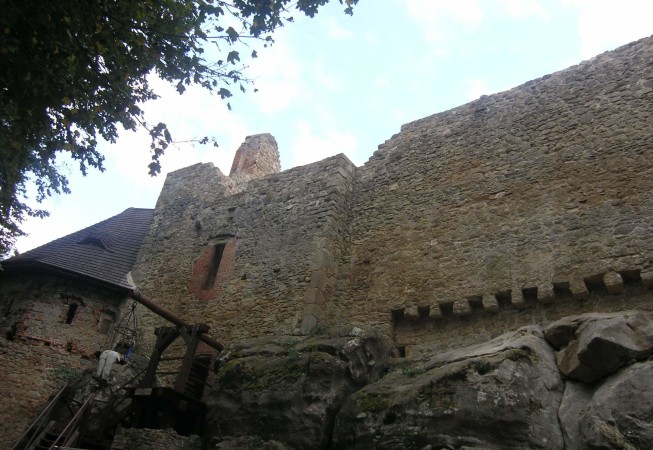 The work was carried out under the supervision of the professional public and it was a part of the applied research of cements of Brno Universty of Technology (Faculty of Civil Engineering). Metakaolin cement was used for the work. The reconstruction was carried out in cooperation with the civil association Polypeje. Renewal of the object is under the authority of the Office for Protection And Conservation of Monuments.